I AM MY OWN TRAVELING CARAVAN 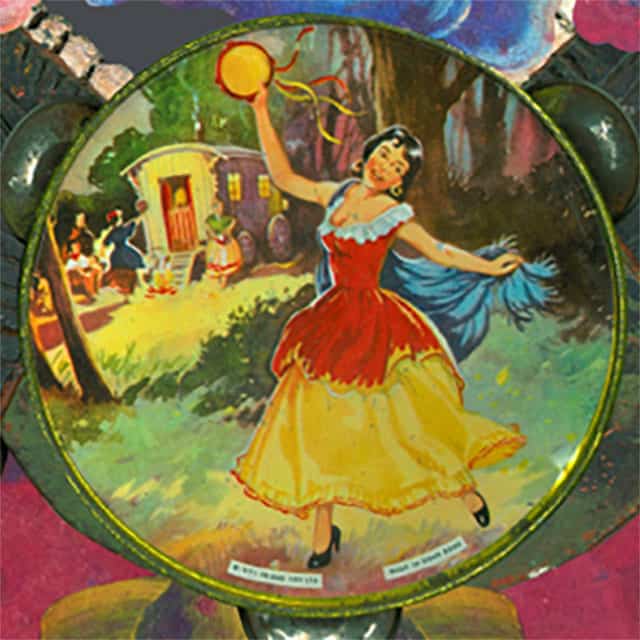 I AM MY OWN TRAVELING CARAVAN

If you were asked to create a byline for your identity what would it be? Traditionally, when thinking in terms of identity we think first of the big categories such as: ethnicity, gender, religion, citizenship, etc. However, in North America where it is a melting pot of all of the above we gravitate towards defining ourselves by lifestyle categories such as: education level, income bracket, health habits (or lack there of), music genres, fashion brands, consumer choices, etc.

Or maybe, as in my case an identity discovers you before you discover it. For me this did not happen in a simple A-Ha! moment, there was not a knock on my door or a formal introduction; instead it presented itself more like a repeat offender. Regardless of time or space it would find me. It found me as a young kerchief wearing child, it found me as a heavily adorned teenager, and then as an adult it tracked me down regardless of what country I was traveling or living in. During these encounters I was never dismissive but rather quite hospitable. I enjoyed being the host and entertaining an assumed identity. However, before establishing any level of comfort it seemed a background check was in order. There were questions arising, dots that needed to be connected, pieces that needed sorting and so began my inquiry into the characteristics and lineage of this identity.

I have distinct childhood memories in regards to not being able to adequately answer certain questions posed to me by adults in reference to my background. Today, I can’t remember what the exact questions were but I remember my answers in Kindergarten followed something like this:

I’m American but I’m also Jewish. I’m from Cape Breton, Nova Scotia – yes, in Canada. Yes, I’m also Canadian – we are called Duals. Duals because we are half American and half Canadian. I’m also only half Jewish, but not religious. Others say we are not Jewish at all because it is our father not our mother who is Jewish. We live here in Massachusetts and in New York City and at the studio in Canada.

As a child these were all overlapping categories in my mind, I did not understand how to differentiate between one and the other. How was it that I could be half Canadian, half American and half Jewish when it takes only two halves to make up a whole? This would only become more confusing when our father explained that we were actually “entirely whole Americans and entirely whole Canadians but…” with a twinkle in his eyes he would conclude, “you are still only half Jewish”, trying to follow the math behind this adult logic was not appreciated by me nor by my younger sister.

Our upbringing taught us not to identify ourselves through ethnicity, citizenship, or religion. Instead, without full awareness we developed a relationship with the identity of, “otherness”. My sister and I fit well into the category of “other” when contrasted against the middle class families around us. Families that lived in one house year round which they owned and never moved from. Families who bought and dressed in new clothes each year. In comparison, we traveled half a dozen times per year between three geographic regions, lived in probably two dozen different rentals properties before graduating high school, and knew only the world of second-hand goods – be it clothing, shoes, furniture, housewares, etc. most of which would be found at yard sales or plain old curbside disposal. Anything that could be gotten for free was always considered the biggest score, as the dollar or two in the price of an item went up, the value of that item to us went down. I recently learned the term, DIY which is the acronym for: do it yourself – the newest trendy movement. It is ironic that I am among the last to learn of this popular reference as growing up our lives embodied this creative spirit in every aspect for mere reasons of survival.

Anyway, this all gets back to the point of an identity being recognized due to lifestyle rather than ethnicity. Within each culture, most people have the ability to recognize a lifestyle based on an individual’s appearance. My best guess would be that conclusions are drawn predominantly in regards to clothing, accessories & all over physical manicure (or lack there of). However, if you step outside of your own culture it would be difficult to read the visual language people project with an equal level of proficiency. What if an identity exists that has universal recognition? Indeed, this is what I have found – or should I say: what has found me.

Since I was little, I have been recognized as a gypsy. I do not claim to be of Roma descent, nor do I personally know anyone that is, I am only acknowledging the fact that for whatever reason, others continually see me as such. I assume this comes from the stereotypical image people have of gypsies: dressed in skirts, floral patterns, mixed prints & layers, scarves, braided hair, jewelry, slightly unkempt, etc. For a while I accepted it as nothing more than a superficial categorization made by others. And like mentioned previously, I didn’t mind this as an assumed identity. I realized the reason I felt so comfortable with this categorization was that most fundamentally: what is a gypsy to non-gypsies but an outsider. An outsider was exactly who I was, growing up in the context that I did, and like a Gypsy I felt pride in my identity of being an outsider. The lifestyles of the people around me did not hold much appeal and I was comforted to know that I was not part of their clan. Being instead classified as an outsider, allowed for privacy and a certain level of power in the way that no one really knew much about my upbringing for the simple reason that it was not similar to theirs.

The interesting part of this story which caused me the most pause and intrigue was the fact that I was confronted as being a Gypsy in four very different parts of the world: Hawaii, Greece, Mongolia and India. In each circumstance, regardless of whether or not the classification came with joy or disdain, it provided a sense of security for others in the mere fact of the classification alone. Whenever traveling abroad and being asked the all too familiar question: where are you from? My answer of being American has never been swallowed as a believable truth; whereas the identification of Gypsy, regardless of its falsehood went down easy. Its unfortunately ironic that in my case being recognized as a Gypsy created trust simply because of others being able to pin an identity on me, whereas for the real Roma population being identified as such continues to encourage distrust.

I dress my lifestyle, and since my lifestyle has never been one of a home equalling a stationary, physical dwelling, I continually am in transition. It has always been my clothes which provide me with the comfort and security of home. In conclusion, the byline that I created for myself is: I am my own traveling caravan.